There is a lot to tell about Egypt, but I will tell you about what interests me.
First of all I knew I had a former life in Egypt and I very much want to go there one day.
I'm planning a journey with the travel company Djoser(dutch).

Here you can read, what I want to see

Then as you can see here, I am a big fan of Tina Turner. She lived in Egypt too in a past life. She was Pharaoh Hatshepsut. When you see the photo below it is not hard to imagine that! 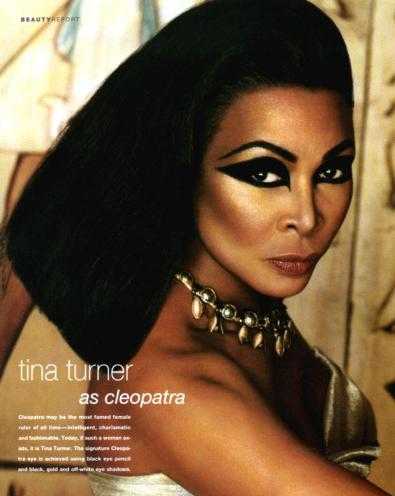 Cleopatra may be the most female ruler of all time-intelligent, charismatic and fashionable. Today, if such a woman exists, it is Tina Turner.
When Tina was Hatschepsut, she took the throne from her brother, because she knew, that he would ruin the country. By doing so and by behaving badly towards her brother, she prevented him to follow his path and she gathered karma. Therefore in this life she encountered him again(Ike) and had to pay off her debt to him by going through a horrible marriage. Now that is all behind her and she truly can be the great queen or pharaoh she already was!

You can read about this in these books:
-I, Tina- a Book about Tina's life written by Tina Turner and Kurt Loder
-Daughter of Amun from Moyra Caldecott

Then what always fascinated me was the Horus Eye. 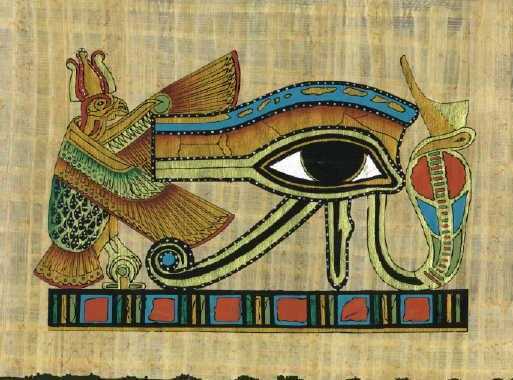 The story of Horus

Horus was the son of Osiris, the God of air and earth and the goddess Isis. Osiris, Horus father, was killed by his brother Seth in order to seize his throne. When Horus reached manhood he began a war with Seth, because the throne was his. In this war Horus lost one eye. The Gods intervened and decided, that the throne was for Horus and that Seth had to restore Horus eye. But to honor the memory of his father, Osiris, Horus offered the recovered eye to his father and covered his wound with the divine serpent, uraeus. That is why this sacred serpent was considered the emblem of the Egyptian Pharaohs. At last , Osiris transferred his power to his son Horus and retired to the world of the blessed. Thus Horus became the King of Egypt.

The eye of Horus contains 6 parts:

This stands for Touch 1/8

This stands for Though

This stands for Taste 1/4

This stands for Sight

This stands for Hearing 1/2

This stands for Smell

My father once made an amulet out of wood with the symbol of the Horus Eye for me.

There are so many pictures of it. I love it!

Nowadays it is seen as a very forceful symbol of protection and I feel that it is for me too. Furthermore I want to go to Egypt one day. Also if someone has advice or tips how to visit Egypt in the best way, let me know!

More about the pyramids and the Milky Way