Below are the 9 places in the world where there is a vortex, a door to another world.
It is here, that beings from other worlds (Orion, Pleiades etc.) come to visit earth. These places are a portal to us and to them. Through these vortexes we get help, but also beings with bad intentions come through these portals. But if we let us guide us by light and not by fear, we have nothing to fear!
Mankind will become really what was meant to be; people with 12 DNA and guided by light and not by darkness.
We have a long way to go, but  if we do what we feel and don't let the newspapers and the television tell us what to do, but listen to our inner voices, we will get our world of peace and understanding.
Let the light guide you!!

As shown on the map the 9 vortexes are: 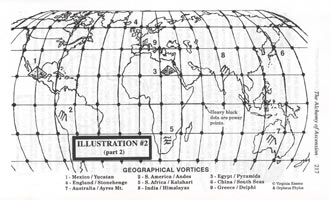 2. Andes in South America
The Andes is from the Caribbean sea in the nord till the isle Tierra del Fuego in the south and is 8000 km long. Machu Piccu is an important part of the Andes.
Machu Picchu is situated in Peru , east from Lima, between steep mountains with summits above 5.500m and the always-wild Vilcanota River. The only way to get there was over a narrow footpath constructed by the Incas, the Inca Trail or the Camino del Inca. The city of Machu Picchu is located at 2.400m above sea level and a 100km from Cusco. 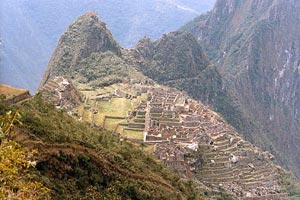 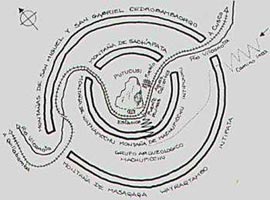 The Maya's saw the valley of the Urubamba as a reflection of the Milky Way!!! 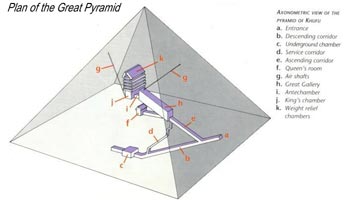 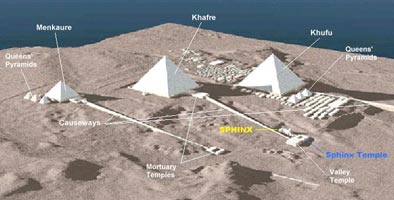 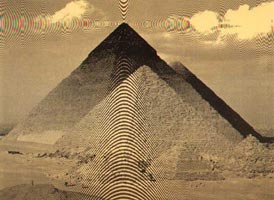 You have probably never seen a picture like this showing electromagnetic energy from the universe streaming into the top of the main pyramid. Notice this occurs from the top, sides and if you look close you can see one in the foreground. Actually, the picture we have shows eight (8) different major energy streams, all are connected, feeding into the top of the pyramid. This is one of what the pyramids were designed to do. The picture above is probably the only one of its kind. It is actually a color copy of an original that did not have the energy streams, which mysteriously appeared during the copy and scanning process.

Then there is the story of the Sphinx. They found out, that when it was build, the sign Leo was at the sky and the Sphinx looks like this configuration!!! 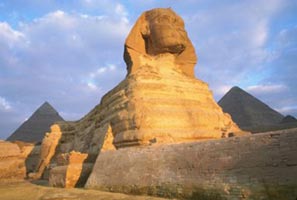 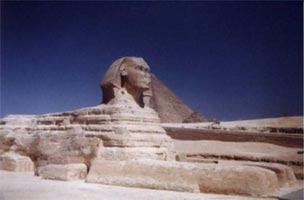 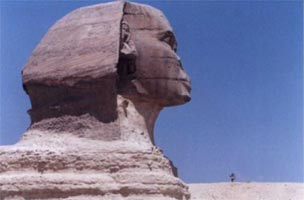 A book about Egypt is: A search in secret Egypt from Paul Brunton. It is from 1936, but it gave me great pleasure reading it!
4.South China Sea
This sea is between South-Sumatra and Kalimantan in the south-west and the Strait of Taiwan till Fukien Coast in the north east. 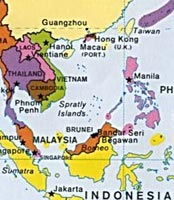 I don't know yet the connection with the stars, but I will keep looking and if anyone has more knowledge about this, please let me know.

5. Ayers Rock/Uluru in Australia
This rock is in the Kata Tjuta National Park, 280 miles southwest of Alice Springs. 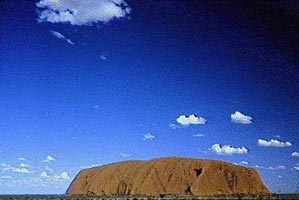 Previously better known as Ayers Rock, Uluru is 348 meters high, 3.6 kilometers long, 1.9 kilometers wide, and is 9.4 kilometers around. It is the largest single rock in the world and rises from the desert in Central Australia 450 kilometers out of Alice Springs.

6. Himalaya-Nepal
It is from the Indus River in the north west till the Brahmaputra River in the east. 2600 km long. 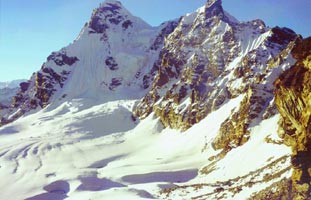 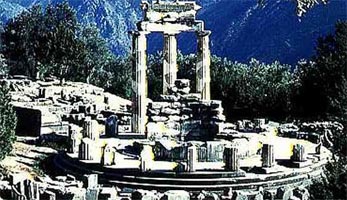 Famous Greek city-state known for its Oracle and Temple of Apollo. The head priestess was called Pythia, and the Pythian Games (something like the Olympic Games) took place in Delphi every four years. Delphi was a focal point in the Persian Wars because of its location. 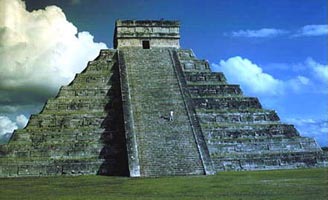 The Yucatán peninsula is quite different than the rest of Mexico. The feeling you have as you travel and meet the people is more relaxed, more tranquil. This, no doubt, is due to the Maya and their history. Even the land around you seems different. Although you will find examples of modern and colonial lifestyles, it is the Mayan legacy which creates the sense of another world. The ruins of the past are plentiful. Some of the major sites include Chichén Itzá, Cobá, Edzná, Kabah, Tulum and Uxmal. 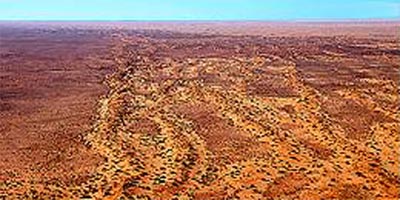 The Kalahari Desert stretches  across much of Botswana, and parts of Namibia and South Africa. It covers about 190,000 square miles (500,000 square
kilometers). 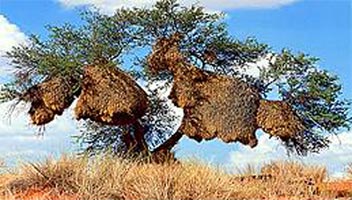 The remarkable nests of the weaver birds in the camel thorn trees and in other acacias are a frequent
sight in the Kalahari.
These inconspicuous little birds, which resemble sparrows, live in huge communal nests with a diameter of up to two meters. At any given time, hundreds of lively little birds are breeding and feeding their youngsters in such a nesting colony.